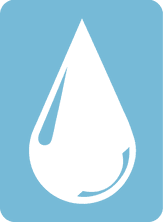 Jesus traded his crown for an apron!

Jesus knew that the Father had put all things under his power, and that he had come from God and was returning to God; 4 so he got up from the meal, took off his outer clothing, and wrapped a towel around his waist. 5 After that, he poured water into a basin and began to wash his disciples’ feet, drying them with the towel that was wrapped around him.

He came to Simon Peter, who said to him, “Lord, are you going to wash my feet?” 7 Jesus replied, “You do not realize now what I am doing, but later you will understand.” 8 “No,” said Peter, “you shall never wash my feet.” Jesus answered, “Unless I wash you, you have no part with me.” 9 “Then, Lord,” Simon Peter replied, “not just my feet but my hands and my head as well!”

When he had finished washing their feet, he put on his clothes and returned to his place. “Do you understand what I have done for you?” he asked them. 13 “You call me ‘Teacher’ and ‘Lord,’ and rightly so, for that is what I am. 14 Now that I, your Lord and Teacher, have washed your feet, you also should wash one another’s feet. 15 I have set you an example that you should do as I have done for you. 16 Very truly I tell you, no servant is greater than his master, nor is a messenger greater than the one who sent him. 17 Now that you know these things, you will be blessed if you do them.

Then Jesus left the vicinity of Tyre and went through Sidon, down to the Sea of Galilee and into the region of the Decapolis. 32 There some people brought to him a man who was deaf and could hardly talk, and they begged Jesus to place his hand on him.

Serve the people God has placed in front of you.

Our mission lies wherever our feet take us.

After he took him aside, away from the crowd, Jesus put his fingers into the man’s ears. Then he spit and touched the man’s tongue.

Serve people with dignity, not pity.

He looked up to heaven and with a deep sigh said to him, “Ephphatha!” (which means “Be opened!”). 35 At this, the man’s ears were opened, his tongue was loosened and he began to speak plainly.

Jesus commanded them not to tell anyone. But the more he did so, the more they kept talking about it. 37 People were overwhelmed with amazement. “He has done everything well,” they said. “He even makes the deaf hear and the mute speak.”

What do you need to put down to bless someone through serving them?

WE LIVE SENT BY SERVING OTHERS!